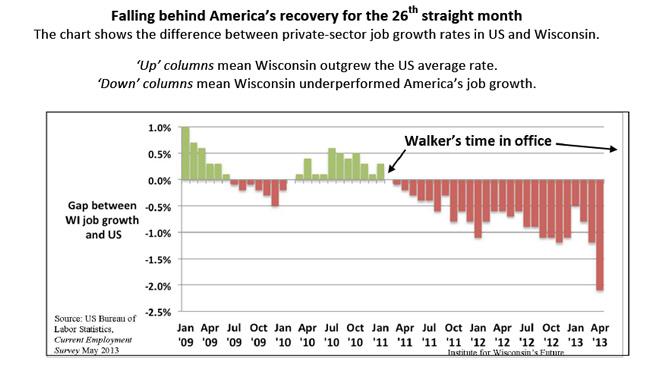 The Result of Citizens United — We are feeling it in Wisconsin

“The American people will pay dearly for this decision when, more than ever, their voices are drowned out by corporate spending in our federal elections.” Russ Feingold on Citizens United. That is what we saw in Madison today.

Get Big Money out of Politics: Citizens United v Democracy
What Can You Do About It? Learn More June 13th

We Need to Stop Them

Last week it came out in the Milwaukee Journal that under the over two years of the Walker administration, only 62,000 new jobs have been created, well short of the 250,000 jobs he promised when he ran for governor.

It’s worse than that. Our friend Chris Liebenthal in his blog pointed out that since Walker’s budget was passed in 2011, only 30,000 Wisconsinites took on new jobs. The other roughly 30,000 happened under Jim Doyle’s budget. This is a keeper. The numbers you need are all there.