Everything You Need to Know about Walker's Budget

Below is a summary of the state budget prepared by the Democratic members of the Joint Finance Committee.

What to Do about Voter ID

Voting in Wisconsin has just become more complicated for everyone and may be quite daunting for some otherwise eligible voters.

Here's what you can do:

Beginning with an election occurring after April 7, 2015, every Wisconsin voter will be required to show "an acceptable photo ID" at the polling place.  The rules for "acceptable" IDs can be somewhat complicated but here's what the Government Accountability Board specifies:

The Department of Transportation's website specifies what it takes to get a Wisconsin ID from the Department of Transportation. And thanks to an "administrative tweak" the Wisconsin Supreme Court provided when it ruled on the Voter ID law, DMV offices are supposed to be able to locate verifying documents such as birth certificates for applicants at no cost. But it may take some time for the verification process. That's why it's vital that we begin NOW to work with citizens to ensure that everyone eligible to vote will be able to vote in the next election.

Complicating matters further, DMV offices have limited hours. In Milwaukee, DMV service centers are generally open from 8:30-4:45 on weekdays. The Milwaukee-Southwest service Center, at 5500 W. Grange Avenue in Greendale, has Saturday morning hours from 8:30am - noon. In Ozaukee County, the Saukville service center is closed on Mondays, Fridays, Saturdays, and Sundays. On Tuesdays and Thursdays, it is open from 8:45am - 4:pm; on Wednesdays, it is open from 12:30pm - 6:00pm.

What Would President Walker Do?

Paul Adair is a 21-year Germantown resident, retired scientist, writer, and lecturer. His blog post was originally published on March 8, 2015 on GermantownNow and is republished here by permission.

Last week, Right-to-Freeload was jammed through the legislature in an "extraordinary" session. Elected officials, who claim to represent you, took an active roll in passing this bill that will likely lower your salary and benefits. Alberta Darling cast the deciding vote in the State Senate and Dan Knodlwas responsible for shoving the bull bill through Assembly committee .

All that is left is for Scott Walker to make a brief Monday stop-over in Wisconsin to sign the bill, which he says that he will do. Walker's decision to enact Right-to-Freeload comes after a long history of misdirection, evasion, and prevarication on the issue. 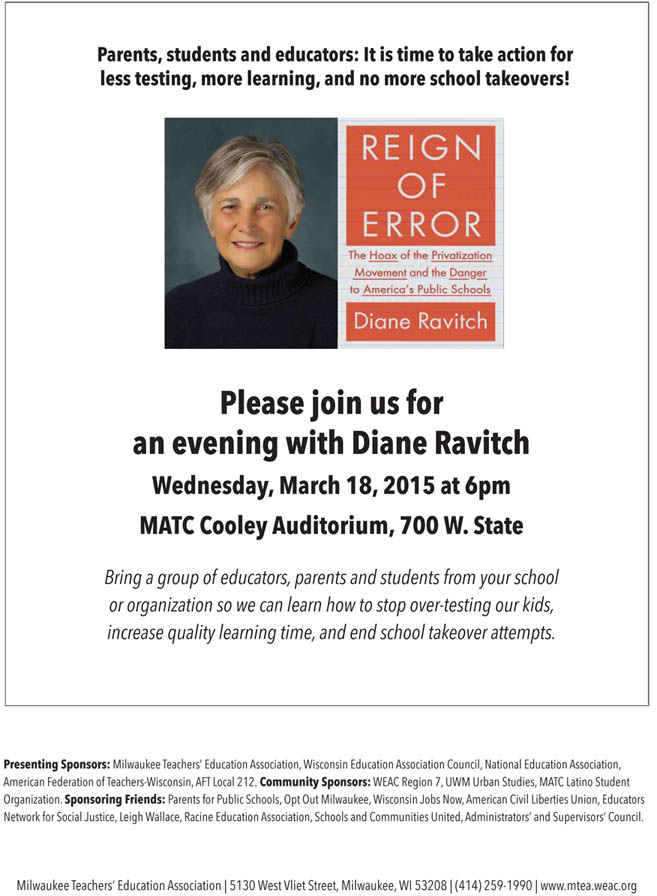 Justice Ann Walsh Bradley has served Wisconsin well during her 19 years on the Wisconsin Supreme Court. She is currently running for a third 10-year term. Grassroots North Shore is endorsing her because she has proven to be an outstanding jurist, one who refuses to take contributions from parties or lawyers with cases before the court. Her rulings demonstrate her commitment to protecting Wisconsin citizens from corporations seeking to sell harmful products to children. She believes that to maintain the trust of citizens, the judiciary must be free of partisanship and of influence from special interest groups, especially from out-of-state groups.

Selling Wisconsin’s Future for a Mess of Pottage: Higher Education and the Fate of the State

Governor Walker’s budget for 2015-17 proposes to decrease funding for the University of Wisconsin system by $300 million, a 13% decrease on top of the 17.5% cut already implemented in previous budgets.  In return, property owners in Wisconsin may see their property taxes decline by $5 in each of the two years of the biennial budget or a total of $10. This property tax “relief” is not only smaller than a pittance; it will also return the greatest “relief” to the owners of the most expensive properties. So the benefit calculations, such as they are, are clear. But what the proposed budget does not explain is how these draconian cuts will play out in the years to come. Before this budget plan is enacted, we need to ask what happens when states cut deeply into the funding for public colleges and universities. Fortunately, we now have empirical answers to this question. 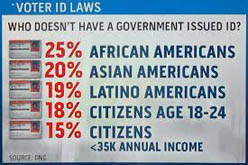