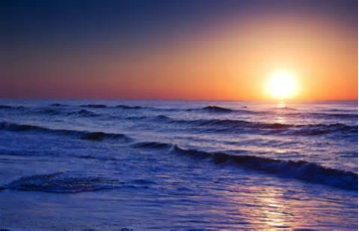 Although it is not totally clear what the source of it is, it is clear that citizens of Wisconsin now have a  ‘heightened awareness’ of potential water issues.  The Governor of Wisconsin was very quick to indicate that the state was willing to help the city address problems stemming from the aging infrastructure in the area.  Is this perhaps a ploy to make local residents believe that he really cares?  Perhaps in preparation for another run for office?  Could be.  Or, you might come to the conclusion that his interest just could have something to do with something else, like the privatization of water.  Golly gee, rather than making the hard-working tax payers of WI bear the cost of ‘getting the lead out’, why not turn the problem over to the private sector!  Read on.

This past December, legislation was introduced in the WI Senate and Assembly that, if passed, has a high probability of impacting the quality of Milwaukee’s water.  An integral part of these bills was eliminating the challenges to the privatization of municipal water systems.  For detail, see Senate Bill 432 and Assembly Bill 554.  The Assembly Bill has already been passed, and on Thursday (1/28) the Senate Workforce Development, Public Works, and Military Affairs Committee voted concurrence with the Assembly Bill.  This means that the Bill has become eligible for scheduling to the Senate floor to be voted on.  And, judging by past performance, this is probably going to happen very quickly.

If this bill passes the Senate and is signed by the Governor, citizens will no longer be able to have a voice when a proposal to privatize a municipal water plant is first floated.  Instead, they would need to collect signatures and put a referendum on the ballot to stop the process in-progress.   And, because by some miracle, all of this ALEC-inspired GOP Legislation seems to fly through the process, it will become highly unlikely that the voice of the people will be heard before privatization occurs.

Republicans in the WI Legislature seem to think that their questionable activities since 2011 guarantee that they can do anything they want.  We are incredulous that they are doing all of this at the same time as the disaster in Flint has become highly visible national news.  But we do know just how arrogant this bunch has become.  Hopefully, we can take action now to stop this bill in its tracks:  there is a chance we may not.

This is just one of the exceedingly egregious measures the GOP-dominated Legislature has managed to introduce and, gadzooks, get implemented.  The root cause of most of the critical issues we face is the composition of government.  The most important thing you can do to bring our administration out of darkness into light is simple.  VOTE.  Fulfill your obligation as a citizen by voting in every election.  As has been said on many occasions, elections have consequences!

The League of Conservation Voters is planning to make phone calls in opposition to these bills this coming week.  Follow this link to their website to see the information they have provided and to sign up to be a volunteer.

Links to websites that address this issue: