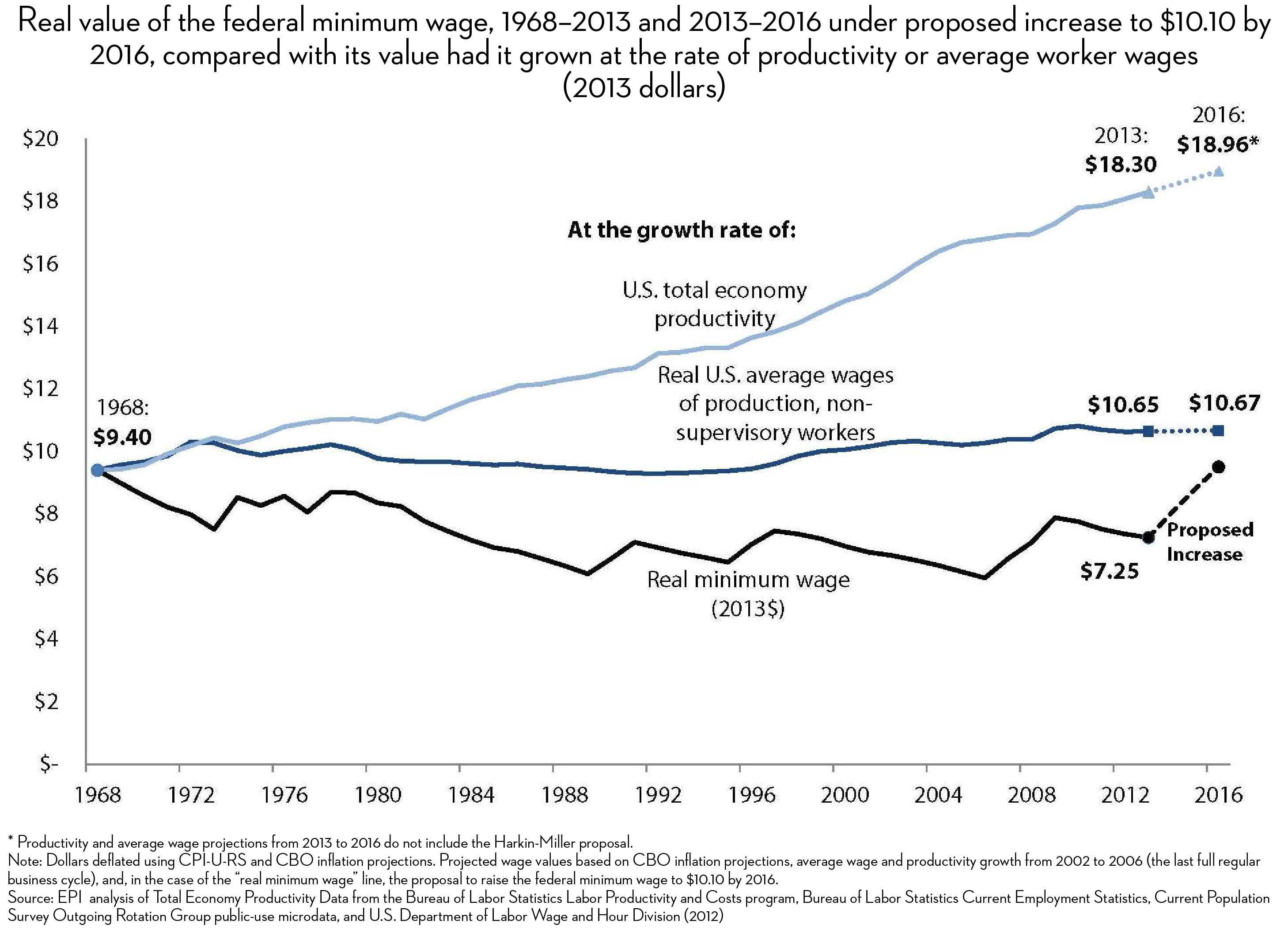 The following results of the study show that the increase would be immediately beneficial for over 550,000 Wisconsin residents.  Contrary to the fond reminiscences and faulty assertions of Senator Ron Johnson and Governor Scott Walker, 80% of minimum wage workers are adults over twenty years.

Some demographics on the 587,000 Wisconsin workers who would be affected by raising the wage to $10.10:

You can find out how the minimum wage in your area stacks up against what it would take to lift a family out of poverty by using the MIT Living Wage Calculator. The calculator will ask you to input your state and county.  It will show you the living, poverty and minimum wages for that county, the typical expenses, and typical annual salaries for a variety of occupations.  (It’s very fun.  Thank you MIT.)

Many cities and a few states have already begun implementing minimums of varying amounts.  In New York, the Fight for $15 movement advocated for a $15 minimum wage and unionization of the fast-food sector.  The state passed a plan that requires employers in New York City to increase the present minimum wage of $8.75 to $15 by 2018.  The rest of the state will meet that requirement by 2021. In May, the City Council of Los Angeles voted to raise its minimum wage from $9 to $15 per hour over a five year period.  Chicago, San Francisco, and Oakland, California have approved increases with many more following suit. Some companies are initiating wage raises ahead of legislation.  Even though the state of Washington already had the highest minimum wage in the nation — $9.47 rather than the $7.25 mandated by federal law, Seattle adopted a law increasing the minimum wage within the city limits. Initially the minimum wage increased to $11 an hour beginning April 1, 2015. The success in Seattle is yet to be fully realised.  Wage increases are implemented gradually over a period from three to ten years, depending on the number of employees and benefits the business offers, as illustrated in the following chart. 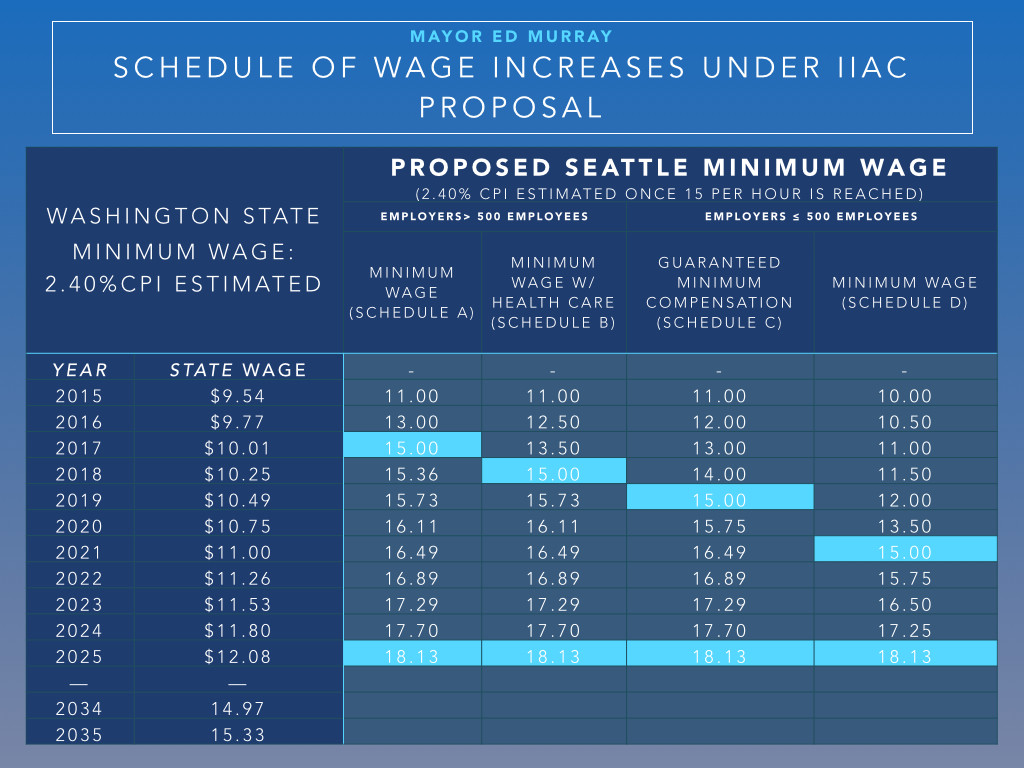 As we watch developments around the country closely, we encourage all progressives to get involved locally. If you attended the Grassroots North Shore Social Action Resource Fair, you met the people from two very active local groups in the fight for a living wage:  Citizen Action of Wisconsin and Wisconsin Jobs Now.  Follow these links to get involved or visit and like their Facebook pages. 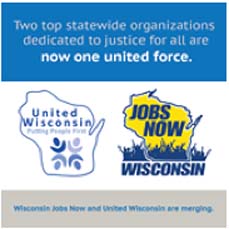