Tune in on September 13th at 4:30 to Meet Our Candidates

Grassroots North Shore’s annual picnic will return, but not this year. Instead we offer a virtual event to introduce to you Wisconsin’s future legislators, running against entrenched Republicans who ignore the needs and desires of their constituents.

Once you RSVP, you'll receive information about joining the virtual event. 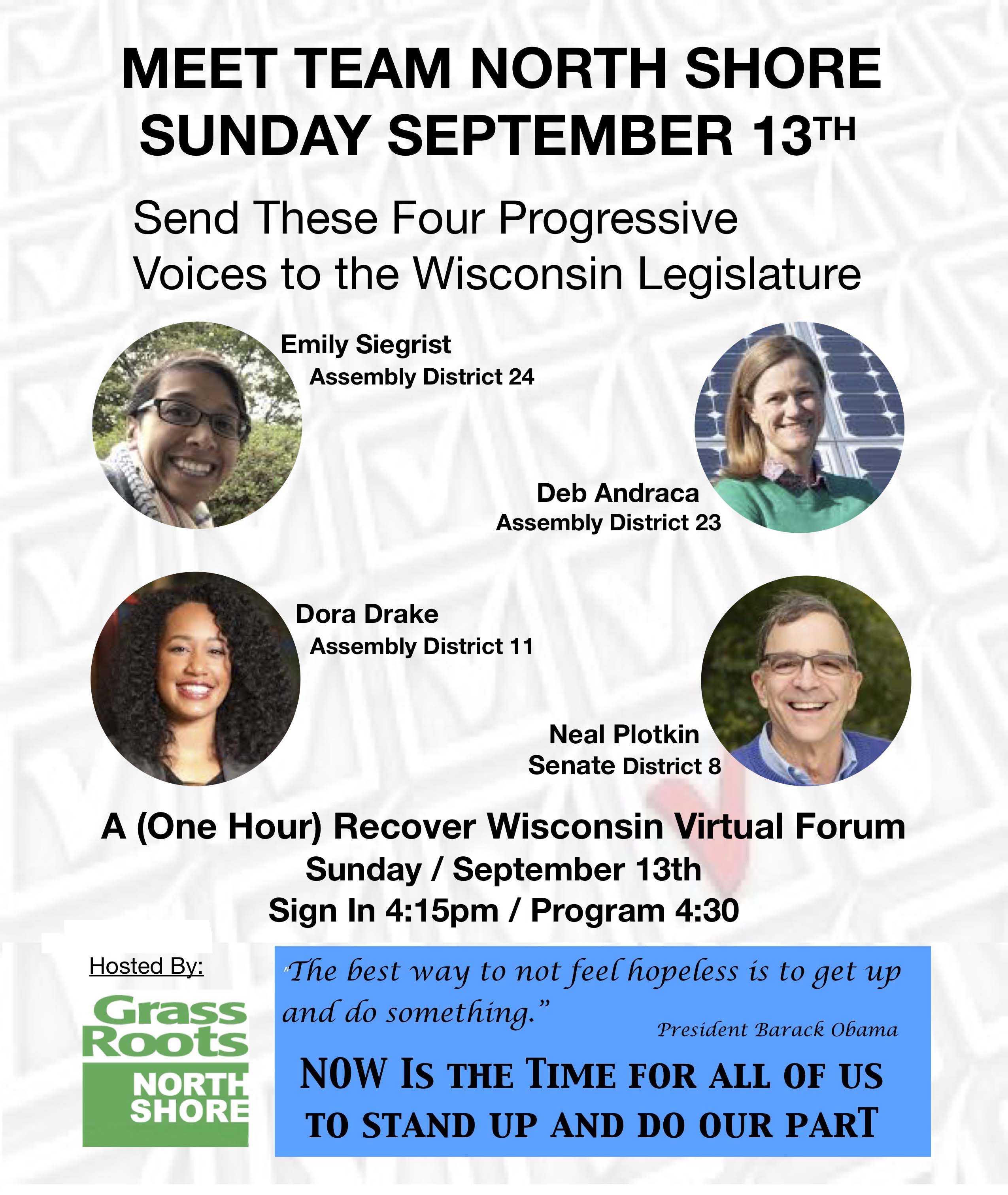