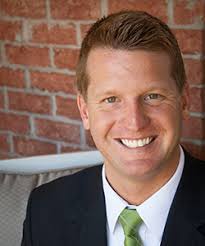 Grassroots North Shore is proud to endorse Brett Blomme for Milwaukee Circuit Court, Branch 5. He has the kind of life experience, résumé, and education that has prepared him to understand the human condition in all its complexity and to be judicious.

Brett is a community activist, experienced attorney, and devoted dad. He has spent his career fighting for the most marginalized in our community. Brett wants to continue his work in the community as a Judge in our Milwaukee County Circuit Court, where he will work to keep our community safe while continuing to fight for those most vulnerable.

Brett was born and raised on a farm and moved around the Midwest growing up. He attended Marquette University and went back to his home state to get his law degree from the University of Missouri.

Currently the President & CEO of Cream City Foundation (CCF) in Milwaukee, he has over 15 years of experience in litigation, philanthropy, community organizing and nonprofit management. Before joining CCF, Brett served as the Director of Major Gifts for the AIDS Resource Center of Wisconsin (ARCW), a Milwaukee based AIDS service organization. Previously he served as an attorney with the Wisconsin State Public Defender’s Office, where he represented low-income individuals that were charged with felony and misdemeanor crimes. Prior to joining the Public Defender’s Office, he worked as a Legislative Aide for State Representative Jon Richards in the State Capitol, serving constituents from the City of Milwaukee. He has also served as an elected Director for the Government Lawyer’s Division of the Wisconsin Bar Association. He currently serves as chairman of the Board of Zoning Appeals for the City of Milwaukee, having been appointed by Mayor Tom Barrett and unanimously confirmed by the Common Council.

His breadth of experience, and his demonstrable empathy for those who have found themselves in one kind of trouble or another, have made him an ideal candidate for Judge of the Circuit Court, Branch 5.