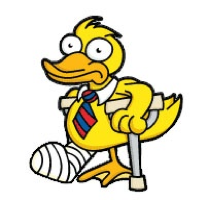 But, wait, we are talking about a Congress that, much like its recent predecessors, has made working as little as possible into an art form!

The table below reflects Senators for whom this could be their last term.  Some are retiring/leaving the Senate:  some are running for another term.  Obviously, those in red are Republicans, in blue Democrats.  Names in italics are those who are retiring or leaving the Senate.

Hmmm….!  So, following, the idea about politicians nearing the ends of their term, should this group also be urged to stop working and rest on their laurels?  Admittedly, there are some names on this list for whom doing nothing will not be a problem.  Even more startling, this idea would cover the entire House of Representatives.

Yet again, the GOP is using its brand of brain-washing messaging to dupe the public into coming to faulty conclusions.  If you actually think about this, you'll quickly realize how ridiculous the argument really is.  There is definitely something lame happening now, but it neither quacks nor waddles -  it OBSTRUCTS!