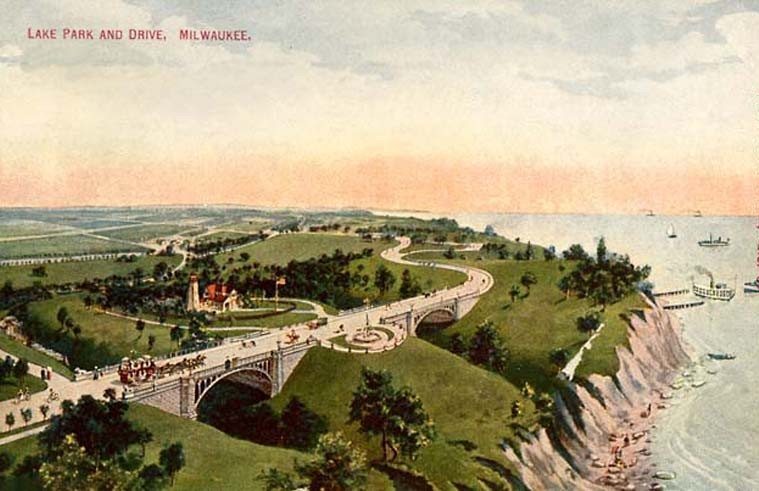 Among its pathways, Olmsted envisioned a 1.5-mile linear route along the bluffs’ eastern edge -what’s been called its “spatial spine.”  Charles C. McLauglin wrote that Olmsted became enamored of the “public promenade” while traveling throughout England at age 28. “Olmsted believed it held great promise for modern democratic city life back home because the promenade could include everyone and encourage a sense of community lacking among Americans.” The future of that promenade hangs in the balance as options for the landmark Ravine Road Bridge, part of the route, are being debated.

In 2009, the American Society of Landscape Architects named elegant Newberry Boulevard one of America’s “Great Streets,” calling it an “iconic example of Olmsted’s ideas.” Olmsted’s design imprint is less evident in 25-acre Riverside Park (originally River Park). Some parkland has been dedicated for other uses, including Riverside High School’s athletic facilities. However, Olmsted’s design remains intact in the mature oak grove east of the Oak Leaf Trail. The Urban Ecology Center has also restored access to the riverfront, a key aspect of Olmsted’s design, and extended natural areas and trails by creating the adjacent Milwaukee Rotary Centennial Arboretum. Early in the 20th century, Riverside was a popular spot for boating and swimming. 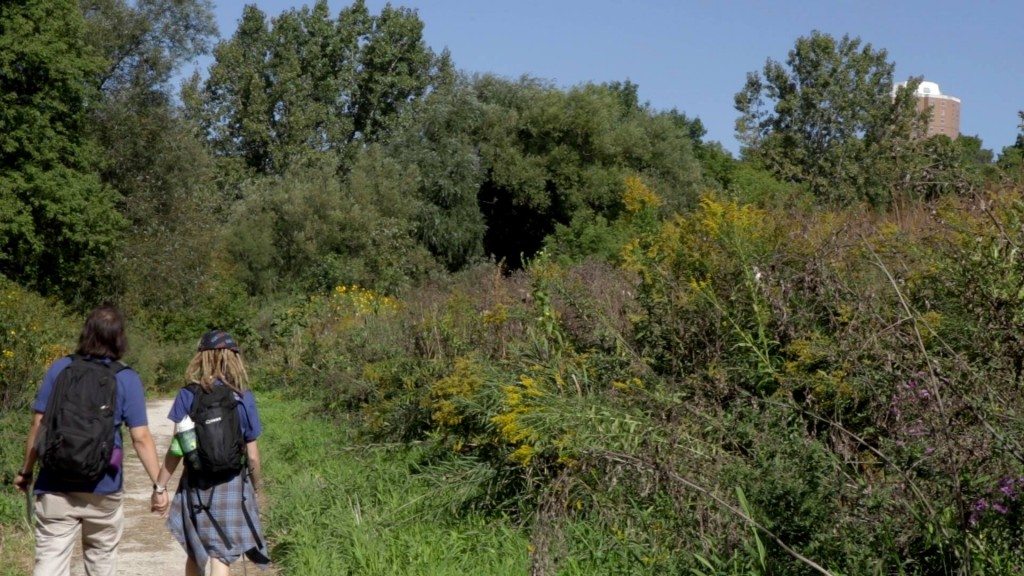 Washington Park (originally West Park) retains many Olmstedian elements – winding pathways, vistas and a picturesque lagoon – even though parts of the original design were altered to accommodate a former zoo and mid-century freeway. Overall, 129-acre Washington Park deserves more attentive upkeep. The Urban Ecology Center has made improvements since leasing the park’s pavilion a decade ago and is currently planning a multi-million-dollar capital campaign involving the pavilion and beyond. At a recent community meeting, neighbors urged Milwaukee County Parks staff to restore the park’s degraded pathways and the lagoon. 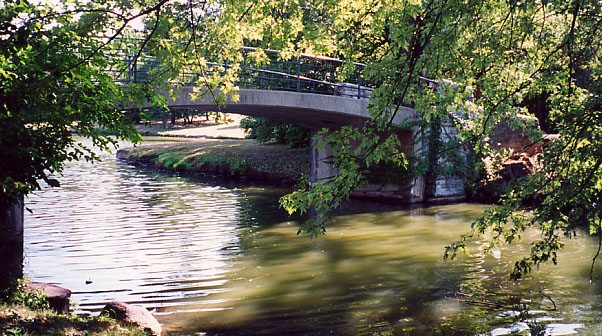 The lagoon and a bridge at Washington Park. Photo by Melissa Muller for Quorum Architects.

Olmsted’s projects spanned the U.S. His firm continued under his sons’ leadership until 1949 – and by others until 2000. Oddly, Olmsted (1822-1903) never became a household name like other pioneering Americans. In Genius of Place: The Life of Frederick Law Olmsted, Justin Martin wrote in 2011, “Frederick Law Olmsted may well be the most important American historical figure that the average person knows least about.”

Milwaukee’s legacy exceeds that of most cities. It trails only New York City, Boston, Buffalo and Louisville in number of parks designed by Olmsted – and is tied with Rochester, New York.

Despite Olmsted’s many direct and indirect contributions to Milwaukee, his profile here remains relatively low. Tangible recognition occurs on plaques within Lake Park and Newberry Boulevard, both of which are listed on the National Register of Historic Places. Lake Park Friends’ website also features detailed information about Olmsted and his design principles. The group hosts periodic programs about Olmsted.

Greater Milwaukee could more enthusiastically honor Olmsted by literally putting him on the map. We could consider several options. There could be an Olmsted Way or Olmsted Trail, especially in a park he designed. Or a structure, other park element, or prominent program could bear his name. Olmsted’s name could join other beloved Americans gracing a Milwaukee public school, as it does in Buffalo and Louisville.

Also, most cities with multiple Olmsted parks have organizations specifically advocating for their Olmsted parks.

This Renaissance man’s legacy also extends far beyond parks. Before designing Central Park in 1858, Olmsted was a “scientific farmer,” sailor, surveyor, author and editor/publisher. Most notably, his journalistic work deftly defined the factors and situations leading to the Civil War. The nascent New York Times hired him to chronicle the South in the early 1850s. He interviewed people among all walks of life, from plantation owners to slaves. Olmsted’s intimate and authentic reports, originally published as “Yeoman,” helped elucidate complex social and economic issues. What he observed led him to become a leading abolitionist.

In 1861 Olmsted’s writings were collected in a volume titled The Cotton Kingdom: A Traveler’s Observations on Cotton and Slavery, published in England and the U.S.

Considered an “unparalleled account” of the pre–Civil War South, it remains in print. Exposing slavery’s evils and economic non-sustainability, Olmsted’s introduction said: “My own observation of the real condition of the people of our Slave States, gave me… an impression that the cotton monopoly in some way did them more harm than good.”

Olmsted advanced social reform through park design – what he called “a democratic development of the highest significance.” He believed access to nature was restorative and especially necessary for city dwellers. He wanted parks “to furnish healthful recreation for the poor and the rich, the young and the old…” He fostered America’s public parks movement and established the foundations of urban planning – which helped make densely populated cities livable. Olmsted also designed the U.S. Capitol grounds, many campuses including Yale, Cornell, Smith and Stanford, as well as Riverside, Illinois, one of America’s first planned communities.

A trail-blazing environmentalist, Olmsted early on advocated preserving Niagara Falls and the Yosemite Valley (beginning in 1865, four years before John Muir moved there). Olmsted’s visionary efforts eventually led to Niagara Falls becoming America’s first official state park in 1885 and Yosemite the first land set aside for protection by the federal government. During the Civil War, the masterful organizer Olmsted led the U.S. Sanitation Commission, forerunner of the Red Cross. In 1865 he co-founded The Nation magazine. His constant travels continued after he began designing parks, as his talents were soon in great demand.

Few Americans have played such outsized roles in so many realms.

Naming something locally significant for Olmsted would do more than highlight his achievements. It’s an opportunity to recognize this genius as a shaper of Milwaukee – alongside Juneau, Kilbourn, Walker, Wahl, Whitnall, Boerner and others.

Numerous books and a PBS documentary, “Frederick Law Olmsted: Designing America,” showcase his work. Milwaukee gets modest nods in some accounts. However, his contributions here could be proudly proclaimed. When Laurence Cotton, that documentary’s researcher/producer spoke here in 2015, he said he wished he’d seen Lake Park before filming – since it’s one of Olmsted’s most intact parks and best models of his design principles.

Celebrating Frederick Law Olmsted will spotlight a pivotal chapter of Milwaukee history. It could also enhance civic pride and dovetail with “heritage tourism,” an economic generator for many communities.

Olmsted once wrote: “I have all my life been considering distant effects.” Five generations later, his full-flowering visions continue to bloom here. The process of naming public entities can take time, so let’s plant those seeds now.

Virginia Small is a Milwaukee writer. She began researching Olmsted and other landscape designers while serving as an editor for a national gardening magazine.