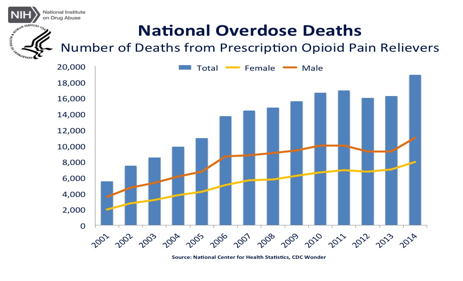 The components of the new legislation have the following features:

The measures all passed the Senate on voice votes and were sent to Gov. Scott Walker, so there is probably nothing to be done at this point.  These measures do not appear to take the kind of action that is needed to face the problem of addiction head-on.  They resemble so many other steps taken as part of the war on drugs that, due to focusing on the wrong aspects of the problem, were doomed to fail.  Some points:

In closing, something to ponder.  The following chart compares rates of firearm deaths to those from  illegal drug overdoses. 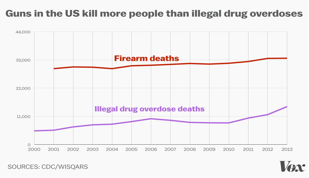 While it is true that the number of overdose deaths appears to be gaining on deaths from firearms, there is still a large gap between the two.  Yes, the chart represents the national picture, but one can safely assume that the picture in Wisconsin does not vary significantly.  Why are our legislators not pressing urgently forward to address death by firearm?