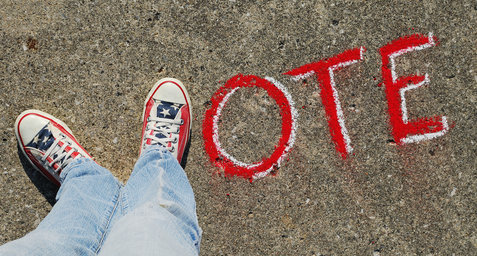 Amending the Constitution to include a right to vote will not, in and of itself, establish a more perfect union. It will not even cure all the ailments of our democratic experiment. If the courts do not bar gerrymandering once and for all, then an amendment doing so will be right and necessary. And there is no question of the need to amend the Constitution to eliminate the Electoral College, as was almost done during Richard Nixon’s first term and as must be done if America is to achieve democratic stability.73 “The United States is the only country that elects a politically powerful president via an electoral college,” explained Texas A&M political science professor George C. Edwards III, “and the only one in which a candidate can become president without having obtained the highest number of votes in the sole or final round of popular voting.”74 No reform moment that has as its end the achievement of a more democratic United States can neglect the need to do away with the Electoral College. That is an essential democracy amendment.

To make those voting rights meaningful, we believe, it is absolutely necessary to assure that the people’s representatives can establish rules for how campaigns are financed and to establish once and for all—as Congressman Jim McGovern, a Democrat from Massachusetts, has proposed, with the support of Progressive Democrats of America—that “the words people, person, or citizen as used in this Constitution do not include corporations, limited liability companies or other corporate entities established by the laws of any State, the United States, or any foreign state, and such corporate entities are subject to such regulation as the people, through their elected State and Federal representatives, deem reasonable and are otherwise consistent with the powers of Congress and the States under this Constitution.”75

McGovern understands, as we do, that such an amendment would not limit the First Amendment rights of Americans, just of corporations. But the congressman goes the extra step and explains within his amendment that “nothing contained herein shall be construed to limit the people’s rights of freedom of speech, freedom of the press, free exercise of religion, freedom of association and all such other rights of the people, which rights are inalienable.”76

This is a critical construct for reformers to recognize as they propose and advance constitutional amendments. Nothing about restoring the right of elected officials—or voters via referendums—to govern the financing of elections infringes on the free speech rights of citizens, as historically or currently understood by any but the most partisan political players. And nothing about the extension of a positive liberty, the right to vote, diminishes the American experiment as it was understood by Thomas Jefferson. Indeed, it provides, finally, for the realization of Jefferson’s best and final hope for America.

In the summer of his eighty-third year, Jefferson was asked by Roger C. Weightman, the mayor of Washington, DC, to attend a celebration of the fiftieth anniversary of the Declaration of Independence on July 4, 1826. Jefferson declined but sent to Weightman what would be his last testament to the radical endeavor in which he had engaged. Jefferson did not spend much time reflecting on what had been. Rather, he looked forward, across the democratic vistas that would soon be charted by a young poet, Walt Whitman, who would declare his intention to “speak the password primeval . . . to give the sign of democracy.”77

“May it be to the world what I believe it will be (to some parts sooner, to others later, but finally to all), the Signal of arousing men to burst the chains, under which monkish ignorance and superstition had persuaded them to bind themselves, and to assume the blessings and security of self government,” wrote Jefferson in his response to the mayor of the nation’s capital city. “All eyes are opened, or opening to the rights of man. The general spread of the light of science has already laid open to every view the palpable truth, that the mass of mankind has not been born, with saddles on their backs, nor a favored few booted and spurred, ready to ride them legitimately, by the grace of God.”78

If it is true that human beings have not been born with saddles on their backs, if it is true that they can refuse to be ridden by a “booted and spurred” favored few, then surely in a civil society the vote is the tool by which they must assert their equal humanity. This is the essential understanding for which countless Americans marched and organized. For which far too many perished. Surely, it cannot be left to chance. Not any longer.

The favored few have reasserted themselves, via their courts and their fortunes and their political connections. They have forged a Dollarocracy that serves their interest. But that very Dollarocracy strangles the will of the people and the forward progress of a great nation. The time has come, finally, for citizens to burst the chains and to assume the blessings and security of self-government. The time has come, finally, in this great reform moment, to heed the signal of America’s founding, to speak Walt Whitman’s“password primeval,” to give the sign of democracy.

70. For more on the thinking of progressive jurists such as former U. S. Supreme Court justice John Paul Stevens regarding the dubious constitutionality of gerrymandering legislative and congressional districts, see John Nichols, "Three Strategies to Block the Gerrymandering of the Electoral College," The Nation, January 25, 2013.

72. For more on instant runoff voting and other democracy reforms, see http://www.fairvote.org.

73.The Electoral College, a remnant from the compromises with slavery that were the shame of the Constitutional Convention of 1787, allows for the "election" of a president who has actually lost the popular vote. This antidemocratic result last occurred in 2000 when George W. Bush became the president despite having lost the contest by more than 560,000 votes. Unlike in most countries, the popular vote was not definitional in 2000. After the close of the 1968 election, President Nixon and top Democrats appeared to be united in their support of a constitutional amendment to eliminate the Electoral College. It was supported by a majority of senators, but a filibuster by southern segregationist Democrats and conservative Republicans blocked the change. Current proposals to eliminate the Electoral College have been advanced in recent years by Florida senator Bill Nelson and others, as well as a number of reform groups, such as FairVote and the Liberty Tree Foundation.