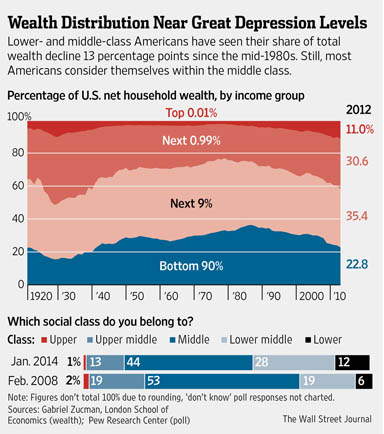 Why "Right to Work" Is Wrong

Many people are confused about what so-called “Right to Work” laws really do. An article by Jennifer Schaubach, Minnesota AFL-CIO Legislative Director, really clarifies the issues surrounding Right to Work. Some of the highlights of her piece are listed below.

What is a "right to work" law?

“A ‘right to work’ law is a state law that stops employers and employees from negotiating an agreement – also known as a union security clause – that requires all workers who receive the benefits of a collective bargaining agreement to pay their share of the costs of representing them.  Right to Work laws say that unions must represent every eligible employee, whether he or she pays dues or not.  In other words, ‘Right to Work’ laws allow workers to pay nothing and still get all the benefits of union membership.”

Here are some of the "benefits" people who live in states with RTW laws enjoy:

In short, “workers in states with so-called Right-to-Work (RTW) laws have a consistently lower quality of life than in other states - lower wages, higher poverty, less access to health care, poorer education for children - according to data from the U.S. Department of Labor and the U.S. Census Bureau.”

So is a RTW law the right way to go for Wisconsin? Hell no!

By the Numbers: Why We Lost

Higher turnout in Milwaukee would have helped some but wasn't a decisive factor. We lost so-called independents and the drop-off of younger voters did hurt.

We don't yet know a lot about how the work undertaken by North Shore for Mary Burke fared in our North Shore communities but I hope we'll have a chance to look at our numbers in some detail in the next few weeks. Meanwhile, what's your take on the way the electorate played out in this last election? The comment area is open below. Have at it.

They Are Counting on Us to Lose

Sometimes the polling headlines are discouraging when the poll's results really should be good news. If the latest Marquette poll leads you to believe that Burke is losing, you're mistaken. Walker and his cronies are counting on us making that mistake. They are counting on us to lose this election.

You can read all about it in the JSOnline for Monday, October 6. And you can do something about it by getting involved. All we need to do is increase our turnout rates in midterm elections, and we'll win.

Here are some places to visit to make a difference and win this election:

Based on a poll of its membership, Grassroots North Shore endorses David Bowen in the Democratic primary for Wisconsin’s 10th Assembly District. This is one of the rare times the organization has endorsed a candidate in a primary.

According to Keith Schmitz, Steering Committee Member for Grassroots North Shore, “We feel David is the true progressive in this race and has proven himself to be an effective fighter for our values.”

“We have been well represented by Sandy Pasch and David will continue to provide leadership and service to the district.”

Bowen led and won the fight to bring the living wage to Milwaukee County government and successfully helped defeat an effort by the Wisconsin State Legislature to revoke home rule on the issue. He fully supports Wisconsin’s public schools.

Grassroots North Shore will be urging its members to support Bowen's campaign.

Grassroots North Shore is one of the largest all volunteer progressive groups in the state and it exists to educate, advocate and inform for progressive change and solutions. Please visit: http://www.grassrootsnorthshore.com/.

Primary elections are often low-key affairs but our choices in primaries can make a huge difference to the direction our governments take in the next several years. You have a chance to vote for a Democratic candidate for the 10th Assembly District on election day, August 12, and you can vote early in person at your municipal office between now and 5pm on Friday, August 8 (no evening or weekend early voting hours, alas).

In addition to urging you to vote, and vote early if possible, Grassroots North Shore would like your views on endorsing a candidate in this race.  Please consider the 4 candidates facing off in the primary. Let us know -- by midnight on July 31 -- which candidate, if any, you think we should endorse. Simply reply to this email with your preferred candidate's name.

All four candidates were asked to complete an issues questionnaire. Bowen, Grant and Torhorst did so. Here are the questions and their responses.

If you live in the 10th Assembly District, you can register your choice by emailing Keith Schmitz  <keith@grassrootsnorthshore.com> Please respond by midnight, Thursday, July 31.

Everyone needs watch this side-splitting Kristen Bell parody of Mary Poppins quitting her job and explaining that she can't live on the minimum wage. "Just a $3 dollar raise...."