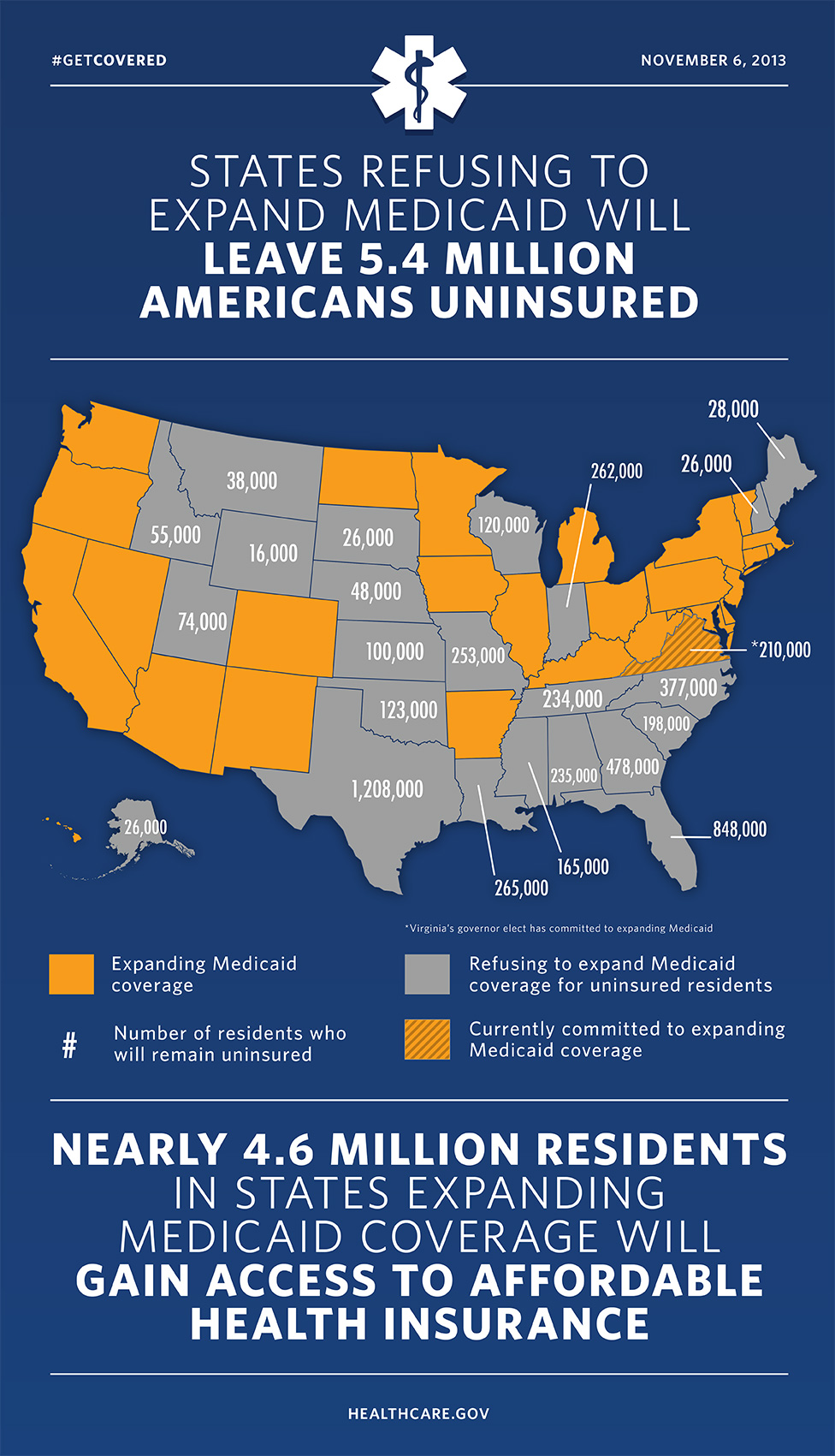 The cost in human terms is unconscionable. But the cost in dollars to the state's economy is just as real. Here's Politifact's conclusion from June 6. 2013:

"Walker's alternative to the Obamacare Medicaid expansion comes at a cost to state taxpayers of $119 million in 2013-2015 alone."

The non-partisan Legislative Fiscal Bureau calculates that "[t]he total could exceed $459 million through 2021."

In an interview with the Associated Press in October, just after she announced she would enter the race to become Wisconsin's next governor, Mary Burke outlined her position:

"I would definitely accept it.... It defies common sense that we would turn down $120 million that frankly is the money of Wisconsin taxpayers. Federal money is our money and we should make sure we are getting our share of it. This is making health care more affordable for tens of thousands of people in Wisconsin." [Wisconsin State Journal, October 16, 2013]