Let’s reinvigorate the competition of ideas 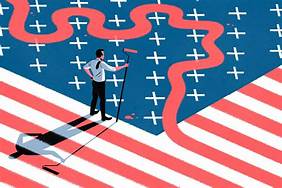 It seems contradictory – how can the fight to end partisan gerrymandering be nonpartisan? All political parties seek advantage in elections. The whole point is to win! But as in sports, how you play the game matters. Fouls and strikes are called to enforce rules of fair competition.

In one place and time, gerrymandering systematically advantages one party and disadvantages the other. At any one time gerrymandering benefits Democrats in some places (such as Maryland) and Republicans in others (such as Wisconsin).

When a city is cut into two or three pieces and appended to exurban and rural areas, all city voters lose the ability to influence policies that directly affect their lives. Their “representative” doesn’t care because, by design, they are a minority of the representative’s constituents.

Partisan gerrymandering is inherently anti-majoritarian. Elected “representatives” don’t need to support policies that are popular among Democrats, Republicans and independents. Policies like these: 89% of the public supports background checks to buy firearms, 87% support significant infrastructure spending.

Gerrymandered districts create an unfair system. Ultimately we all lose.

The quest for a fair, transparent process to draw legislative maps is nonpartisan. It promotes the competition of ideas about how best to serve the public interest.